Time for me to talk about a new musical track I made. This track I want to talk about is one I am very proud to finally show the world now. It is called “House of Reminiscence” and is a musical score I composed last year for my friend Doobes’ fan-made world “Veelay Tsahvahn” for Myst Online URU Live. Veelay is a memorial age (worlds are called ages in the game universe) dedicated to all the people in the community that died over the years. The age pays a tribute to them and tells some of their stories. Yesterday marked the release of that world to the public. You can visit and explore it on Gehn Shard.

Naturally, when Doobes asked me if I would like to write music for it, I accepted. The concepts sounded great and he gave me a WIP copy of the age to visit it for inspiration. And inspire me it did! Even that earlier version of it impressed me and gave me some musical ideas as I walked through it. I took in the atmosphere and spirit for a while, then fired up my little home studio and got to work. The challenging part about it was to find a compromise in sating my needs for having some memorizable tune and a bit of an “epic character” but at the same time making sure it won’t annoy a player being in the age for a while. I had to make it long and build slowly because nobody wants to hear something like a two-minute theme on repeat in such a place. Besides, the music should do justice to all the people we want to remember without being too distracting from the experience, let alone annoying.

With the images of the age in my head and always trying to make something that captures the soul of it and blends with it musically, I worked out what I want the song to be. When a player first enters the world, they don’t know the place yet so as they start wandering around and explore, the music should not distract but be more of a more quiet background track. First, I started with that soft synth and the slow but emotional theme played by strings. Something reminiscent. This is a tribute to the dead so I chose a minor scale. However, the melody should not just sound sad but also convey hope and all the positive memories we have of people we lost.

As the music progresses after the first time the theme is heard, a horn picks up the tune and the strings evolve to create a chord progression. Then, of course, I had to bring in the Duduk. It’s such a lovely instrument, a traditional Armenian ethnic woodwind instrument that is used to great effect in the D’ni music of MYST and URU. In a way, we all have come to associate it with the D’ni by now. While a real Duduk still sounds much better, I think the one I have in my virtual instrument collection was sufficient enough to make use of it for this score. The duduk plays another melody alongside the theme to create some new blend until the song reaches the four minute half-time mark and goes quiet again. 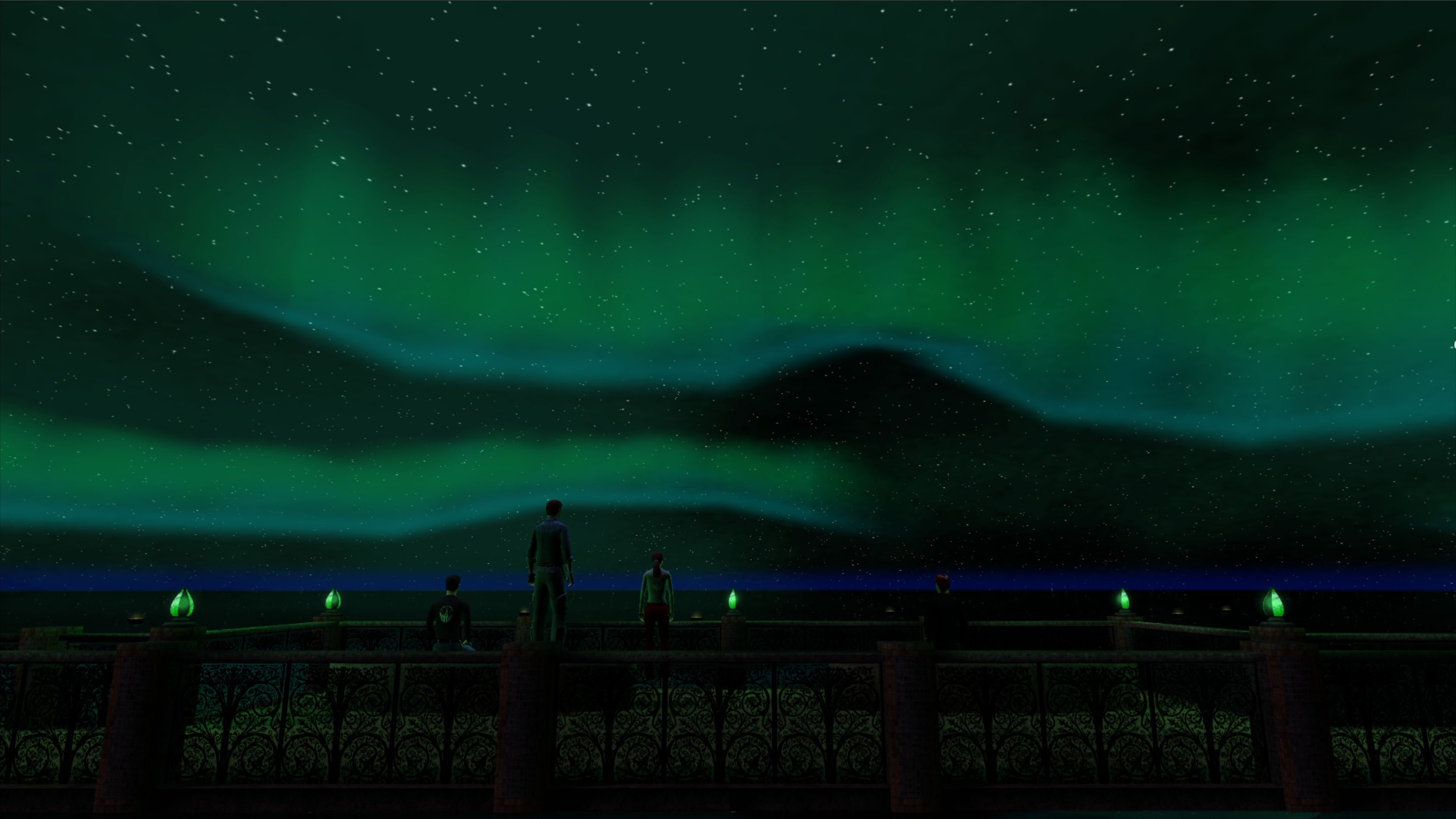 Veelay is built around a structure with stairs that lead you the “peak of the age”, the top of the building where books with the names of the dead and their backgrounds are stored. While the final version has an amazing promenade along the water (my favorite part of the age now) that did not exist in the version I first visited, the entire world is basically driving you up those stairs. As you go higher and higher, feelings get more intense and I wanted to represent this driving force of the age design in my music. Ultimately, I wanted the entire song to build up from a soft sad mood to something more majestic and this is what happens in the second half of the song.

With only soft synths keeping up a harmony, there is a short “break of wonder and mystery” created mostly by vibraphones and pizzicato strings, trying to capture the aspect of curiosity and exploration. Then, percussive instruments start to kick in. Now, drums and staccato strings playing a simple three-note tune (that the vibraphones teased before) set a beat for the music. If the character of the age design itself hasn’t forced you up those stairs already, I wanted to make this soft beat my “siren’s call” that makes you go up there.

After several bars of that beat and a repetition with the vibraphones coming back in the song enters a bridge that diverges from the chord progression that has dominated the song so far. The Duduk is back with a solo melody full of pitch bends and drives “the beat” forward to something new. Finally, it all comes together and the main theme is heard with the full range of elements we have seen before. The full orchestra plays, including a very soft choir. Now, for the first time, the Duduk is playing the theme tune. I went for a little trick here that I think worked out really well: In the first part the horn played the theme and the duduk the second melody - now those two changed roles. The horn plays the second tune, more in the background but essential to give it some majestic flavor. When the percussion ends and leaves only the synth it all began with, the circle closes and the song is over.

As I worked on this composition and arrangement, I think I was so in the flow that I completed the entire 8-minute track in about two days. I sent it to Doobes and he loved it and as quickly as it had begun my contribution to the age was complete.

It has been a while but, yesterday, I could finally be there for the unveiling of the final version of the age and the release to the public on Gehn Shard. I think there was a peak of 40 players at the same time exploring the age. I was blown away by how much Doobes, and of course everyone else involved with conceptual and technical aspects, had improved and extended it since the first version I saw. Exploring it with everyone else was a special moment. I also got a lot of positive feedback for the music which tells me I did something right and makes me so proud in the end.

I am happy I got this chance and took it, but what makes me happy the most is that I could play my little part in creating a special legacy for all the souls this world is dedicated to.

Before ending the post, I want to add that I also uploaded some music I made for the Prismatic Imperium, an Elite: Dangerous player group, in a playlist. The piano sheet for my arrangement of Kaydeen’s theme has been added to the music page on my site here as well.